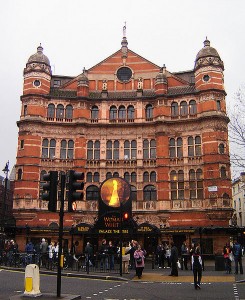 One of the most intriguing areas in Westminster is Soho, an area known for its entertainment options and pretty much for its film industry, night life and sex shops. However, the zone has been redesigned and transformed and now little of the sex industry and history has remained. Until 1536, the area was mainly farmland, but starting with that year, it became a royal park serving the Palace of Whitehall. Centuries after, it was transformed into a quite popular zone, but always neglected and avoided by the fashionable and the rich citizens of London.

Nowadays, Soho is seen as a multicultural area, featuring entertainment, culture, commerce and industry. It is one of the few districts in the Capital that is literally packed with coffee shops, nightclubs, restaurants, bars and public houses. Everywhere you’ll turn around, you’ll see at least one place to drink or eat. Berwick Street is Soho’s main shopping street.

Various spiritual and religious groups are also housed in this area, making the area a polyvalent and quite colourful one. London’s theatre heart is also located nearby Soho, making it an important artistic centre not only for the theatre world, but also for the video and independent film industry. Go to Soho Theatre to see some of the most interesting new comedy and plays.