Luton Airport is one of the most important airports in the United Kingdom. The other five major ones are: Heathrow Airport, Gatwick Airport, Stansted Airport, Southend Airport and London City Airport. It is located in the Borough of Luton, at an approximately 35 miles distance from central London. One of its main benefits is the relatively cheap prices in comparison to other airport transfers. However, this only helped Luton reach a fourth position when it comes to the number of passengers that choose it a means of transport. The most common destinations are Europe and sometimes Northern Africa or Asia. The main airline companies that offer their service on Luton are Thomson Airways, Monarch, Ryanair and EasyJet. 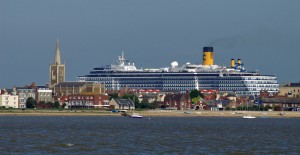 Many passengers choose to fly into Luton Airport and then head towards Harwich International Port, especially during the summer, when the sunny holiday season begins. It is located in Essex, near to the town of Harwich. In the beginning, its familiar name was Parkeston Quay. If in the past, Harwich International Port offered regular ferry services for Denmark, Holland and Germany, nowadays it is mostly approached by cruise ships, during the summer months. Also, you can see some cargos and also refinery related bulks. In the future, the management dreams to open a container terminal, being prepared to invest more than £300 million in it. However, all building plans are being put on hold until the A120’s northern section is fixed.

In case you were wondering about the fastest or cheapest means of transport that can take you from Luton Airport to Harwich International Port, we have prepared a summary of all the most important ones. You can find it below:

Interested in Transfers from Stansted to Other Cruise Ports? Check below: